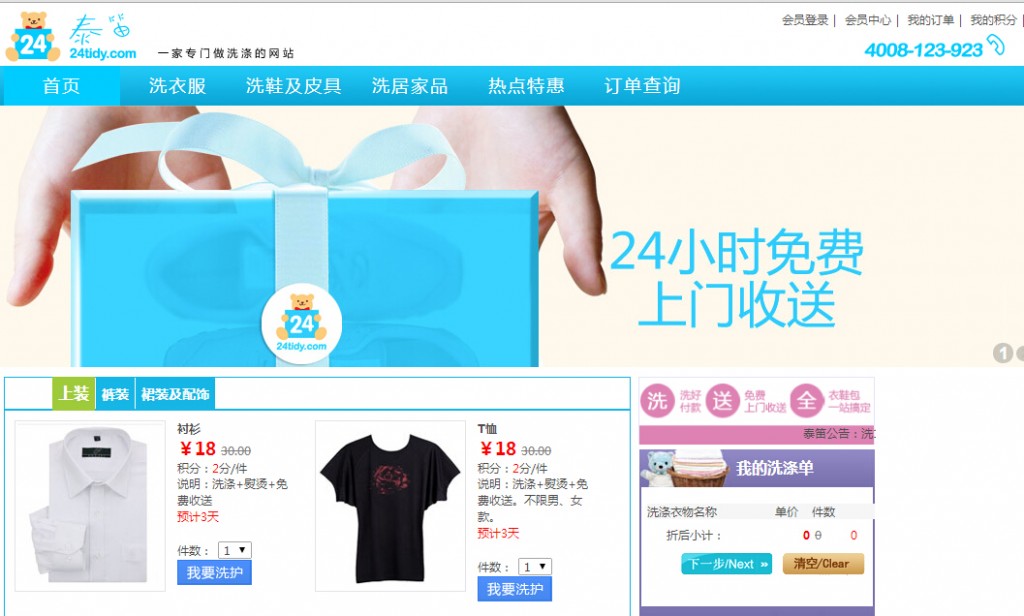 Launched in June last year, 24tidy allows users to schedule pickup and dropoff of laundry and dry cleaning stuffs by placing orders via telephone or on Internet. After one year of development, the startup now has around 10 warehouses and more than 30 deliverymen in Shanghai. The company plans to expand to Beijing, Nanjing, as well as other cities in Jiangsu Province after receiving Series A funding.

Yao Zongchang, founder of the company, disclosed that the site recorded more than 20,000 orders with monthly revenue stood at 500K yuan (US$80K) to 600K yuan by May this year. Most of the site’s users aged between 25 to 45 years old, while female users account for 60% of the total.

A series of similar laundry services surfaced in the past one-year period, including Xiyigj,Ganxike, Lanrizi, Weixiyi, etc., and traditional laundry chain store Rongchain Service also rolled out its online platform. Yao thinks that although the number of competitors is surging, the market size of Chinese laundry industry (around 150 million yuan) is huge enough to accommodate various players.

American laundry app Washio just announced 10.50 million of Series A financing this June. Washio was launched latter than 24tidy, but it has eclipsed the latter both in funding size and business scale now. However, Yao holds that online laundry service is more applicable to Chinese market thanks thanks to the high population density and relatively low logistics costs in China. 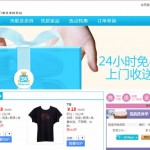