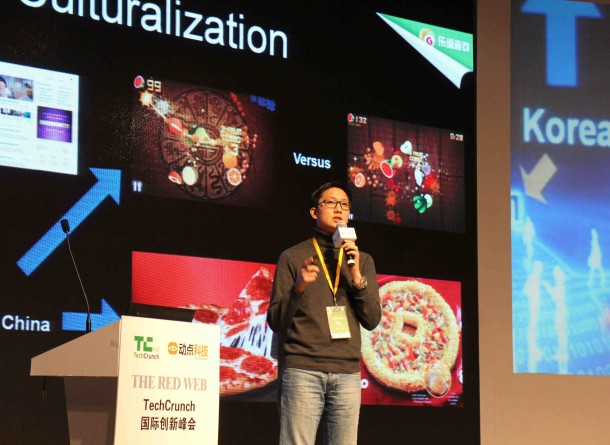 Whilst Chinese tech companies flock to the U.S. stock market this year, Chinese game publisher iDreamSky also made its mark on the 2014 IPO market. One month after filling for U.S. IPO, iDreamSky (DSKY: NASDAQ) stock began trading yesterday, offering 7.7 million American depositary shares at an initial public offering of US$15.00, above the preliminary US$12.00 to US$14.00 price range. The stock closed up 7% at US$16.05 per share on Aug. 7. Through the IPO the company raised US$115 million and reached a market valuation of approximately US$$695 million.

Jeff Lyndon, co-founder and executive vice president of iDreamSky, had a telephone interview with TechNode to talk about the IPO process, insights on Chinese game distribution market and more.

Jeff: Despite small twists and turns, the whole IPO process goes well without encountering major problems or obstacles. Since iDreamSky has been engaged in helping leading foreign games to navigate their ways to Chinese market, we prefer an international and standardized market with more transparent operations. Such a choice will help us to gain more confidence from investors, game developers and partners.

I’ve also concerned with the problem of whether U.S. investors are willing to accept Chinese game companies before. But in the IPO process, I’ve got to know that the U.S. investors have their own insights on Chinese game market. Lots of them either speak Chinese or are Chinese migrants who finished their studies in the U.S. One of the biggest challenges we met in the IPO is to remolding the role of Chinese game publishers and convince the investors that the business model of iDreamsky will be successful.

TechNode: Why this timing after privatization of Giant and Chukong’s IPO suspension?

Jeff: Without consideration for listing schedules of peer companies, we think it is the best time for iDreamSky to go public. For me and my partners, one of the major challenges we facing now is upgrading team structures. As a listed company, it will be easier to attract more professional talents, who will be the footstone for sustainable development of the firm. Additionally, listing on Nasdaq will bolster iDreamSky’s long-term development.

TechNode: Are you satisfied with the market valuation of iDreamSky?

Jeff: We pays more attention to long-term rather than current valuations, since IPO is just a starting point. Market response will be a more fair evidence to gauge the value of a company and iDreamSky will continue to prove its value to investors in the future.

TechNode: How the company is going to be influenced by receiving more funding from internet giants like Tencent, Line, Cheetah?

Jeff: All of the three companies have solid markets both home and abroad. iDreamSky will strengthen global partnership with them to bring domestic games to overseas market and vice versa. In cooperation with Tencent, we plan to launch special versions of Temple Run, Fruit Ninja, Cookie Run for WeChat and QQ Mobile. Moreover, iDreamSky also supports WeChat payment.

TechNode: Since most of Chinese game developers are now in their primary development stage, game publishers developed quickly to bridge the gap between game developers and distribution channels. With the maturity of gaming market, oligarch game companies, which have powers to promote their own products, will appear after merger and acquisition between small game startups and the market of game publishers will be encroached by them. What’s your insights on the future of mobile game publishing industry?

Jeff: No matter which link a company is in the game industry chain, there’s always possibilities to get replaced by competitors. I think the key point here is whether the company can remodel and improve its added values, and evolve with the whole industry. As a game publisher, iDreamSky is in the middle link of the industry. Most of the game publishers deploy a marketing plan of getting listed on various distribution channels and launching large scale marketing campaigns. iDreamSky chooses another path by offering backend and multi-dimensional data analysis services to game developers so as to drive ongoing game optimization and monetization, guiding them with insights on future development directions.

TechNode: iDreamsky is known for its game publishing business. Do you have plans to expand business in upper and lower stream of the industrial chain into game development or distribution channels after the IPO? As mentioned in the prospectus, the proceeds will be used in mergers and acquisitions.

Jeff: As a company focused on mobile games, we are also interested in backend or data analytic services. We hold a wait-and-see attitude towards game content providers and do not roll out the possibility in helping innovative early-stage game startups as a supporting platform.

Jeff: We select partners based on a two-dimensional standards. Firstly, it’s the data of the games. We will launch close test for these games to gain stats on their confirmation process, payment conversion rate, etc. Secondly, we will evaluate the background of game developers and whether they are familiar with the workflow of game development.

TechNode: Are you going to expand from home turf in casual games to explore more mid-core and hardcore games?

As an old friend of TechNode, Jeff Lyndon once shared with us on how to help foreign games to be successful in China at TechCrunch Shanghai last year. Here are some takeaways from him. 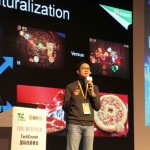