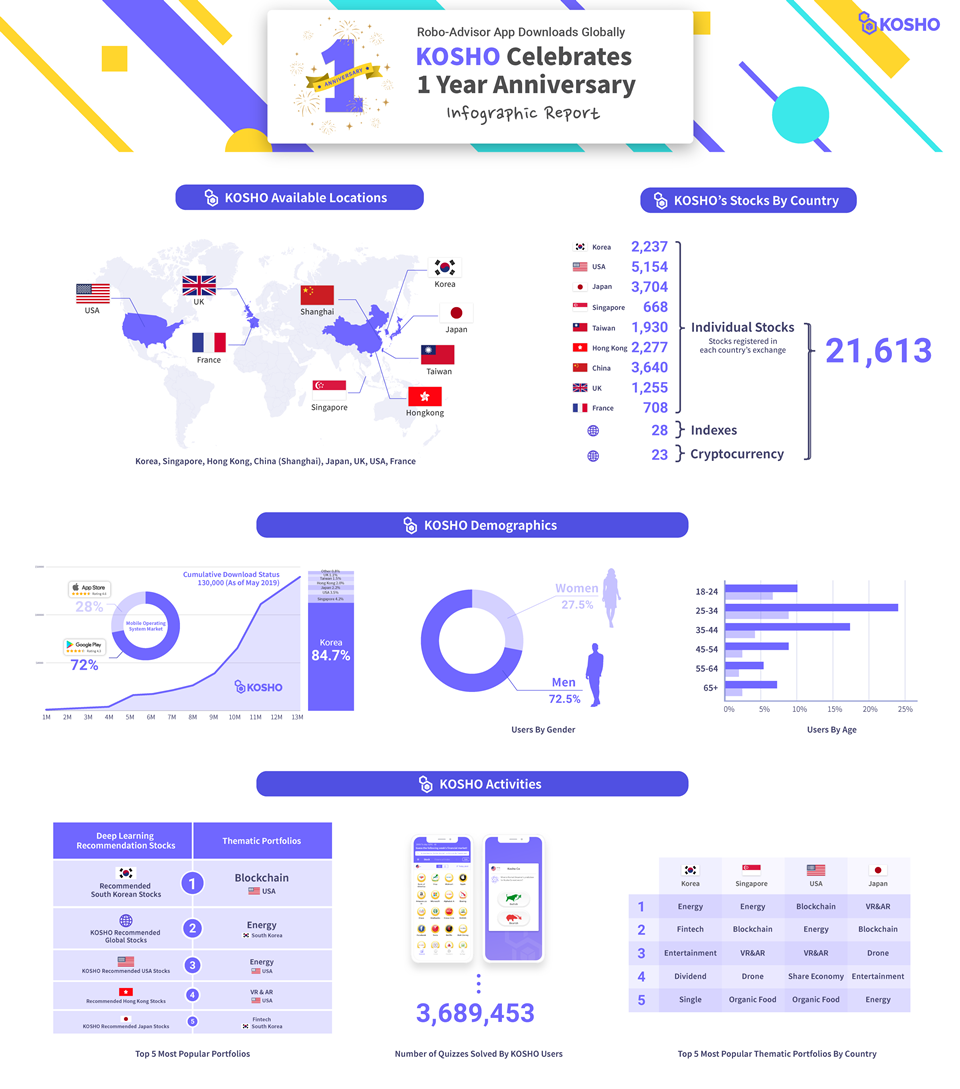 KOSHO app, which had been a #1 ranked Robo-Advisor app in South Korea (Play Store and App Store), recently released its 1 year performance results through infographics. Since its beta release in South Korea and Singapore last year (May 29th), KOSHO has expanded to 9 other countries worldwide, including Hong Kong, Singapore, Japan, and the United States.

QARAsoft (CEOs Luke Changhwan Byun, Katie Bomi Son) is the fintech firm behind KOSHO’s success. It utilizes the AI deep learning technology to analyze the past and current financial markets and provides critical insights to individual investors. Included in the datasets are market information on 21,623 items of stocks, indexes, and cryptocurrencies.

This infographic report shows the top 5 most popular deep learning recommendation stocks and thematic portfolios by country. By looking at which shares or themes users look at the most, QARA can determine which financial information has the most popularity by users from different countries. In addition, the ranking of theme portfolios can help determine which specific investment products are in high demand. As economic and economic issues pertain sensitive information with each country, this ranking serves an important measure for individual investors. 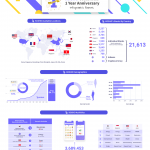