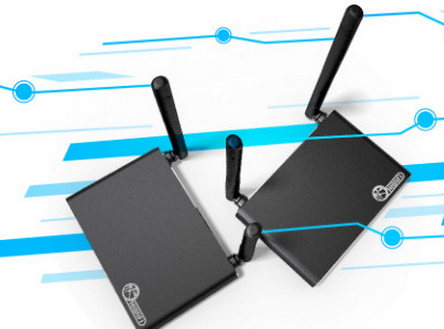 Smart WiFi router HiWifi announced today tens of millions of dollars in A+ round of funding from investment firm KPCB and MediaTek (or MTK), the Taiwanese system-on-chip solution provider which boosted Shanzhai (knock off) feature phones and then Android phones & tablets in China.

What’s interesting is HiWiFi hopes MTK’s involvement will help it develop smart home products and wearables, according to Wang Chuyun, CEO of HiWiFi.

As one of the first smart WiFi routers with built-in Internet-based application in China, HiWiFi has drawn much attention and inspired a flock of copies. The company announced Series A round of funding from Innovation Works and GGV last September.

Out of all the copies, the Xiaomi one, announced last November, seems the real threat. Not only does Xiaomi have a loyal customer base and know how to woo users — for instance, touting the high specs, but the company also moved fast making its routers more appealing.

Xiaomi would invest in Broadlink, a Chinese smart home solution provider, and integrate its solutions into Xiaomi routers. When Xiaomi officially launched the first pair of routers in April, customers were able to remotely control their Internet connected home appliances through the Xiaomi router mobile app.

Now HiWiFi becomes the follower. Although the solutions by MTK have been regarded of the most advanced, it’d be very hard to fight the war against Xiaomi. Xiaomi is about to introduce a variety of smart home gadgets, socket, camera and remote control made either by the company or third-party companies, all of which can be controlled by the Xiaomi router app.

When it comes to wearables, isn’t the market crowed enough?