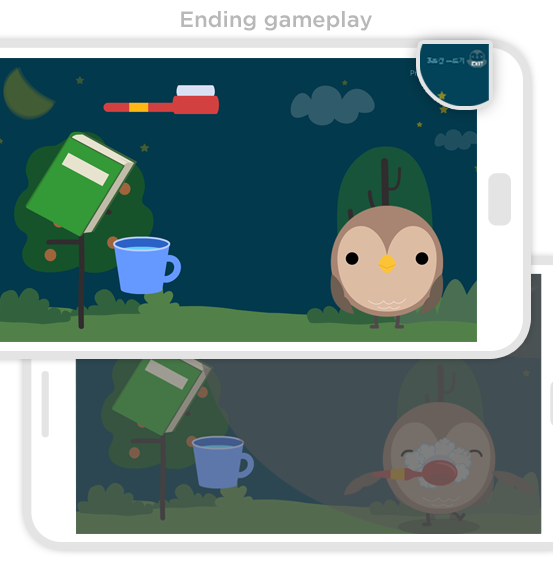 It’s a conversation that many parents have had in this super technology era: “My kids keep begging me to hand them my cellphone, but I don’t want them to tap the wrong key or see kids-unfriendly content.” As such, there is an increasing demand for kid-safe modes built for smartphones and tablets.

Nester is a Korea-based launcher app that allows parents to lock down smartphones and tablet platforms so that their 0~6 year-olds can only play pre-approved apps. “From 0 to 6, children learn from play,” says CEO Sune Kim to TechNode. Parents can switch between their original launcher – where they select apps for kids, and Nester mode – where kids see only selected apps. To exit kid mode, one needs to hold a key in the right-top corner for three seconds and enter password.

Nester doesn’t stop at building a lock-down timer/launcher; it wants to create a safe yet satisfying smartphone experience for children. To that end, Nester has an “end time game” feature. As play time is running out, the “sun” in the launcher interface sets and the “moon” rises to give children a sense of time, meanwhile a cute, interactive game is played to help children wind down. This adds an educational effect, as Sune suggests: “We need to provide something understandable that kids can anticipate what is going on and coming on next. It makes our kids learn how to think and connect with cause and effect.”

Curiously, though Nester’s Korea-based users outnumber US users, the latter are more active. This may be due to a subtle cultural difference, as Sune explained:

“I think it is because Nester [requires] high parental engagement, especially in verbal communication between parents and children… Of course, Asian, Korean parents are high engaged in parenting, but the aim or focus is somewhat different. Asian parents are more like “my child, to be the top of the other children”… Not let kids choose what they want.”

As of now, Nester’s beta version has 1,200 active users and more than 3,000+ total downloads. The app monetizes from in-app purchases, monthly subscriptions with value added services, advertising and collaborating with other businesses. It has a team of three – the CEO herself is a mom of a 28-month daughter and the CTO is a dad of two children.

One kid-safe app from China is IDaddy. Different from Nester, IDaddy has its own directory of app partners rather than letting parents freely select apps from their own devices. That said, Nester recommends kid-friendly apps to parents as well and in fact hopes to be a platform for education in the future. 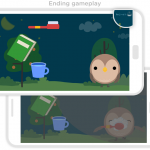