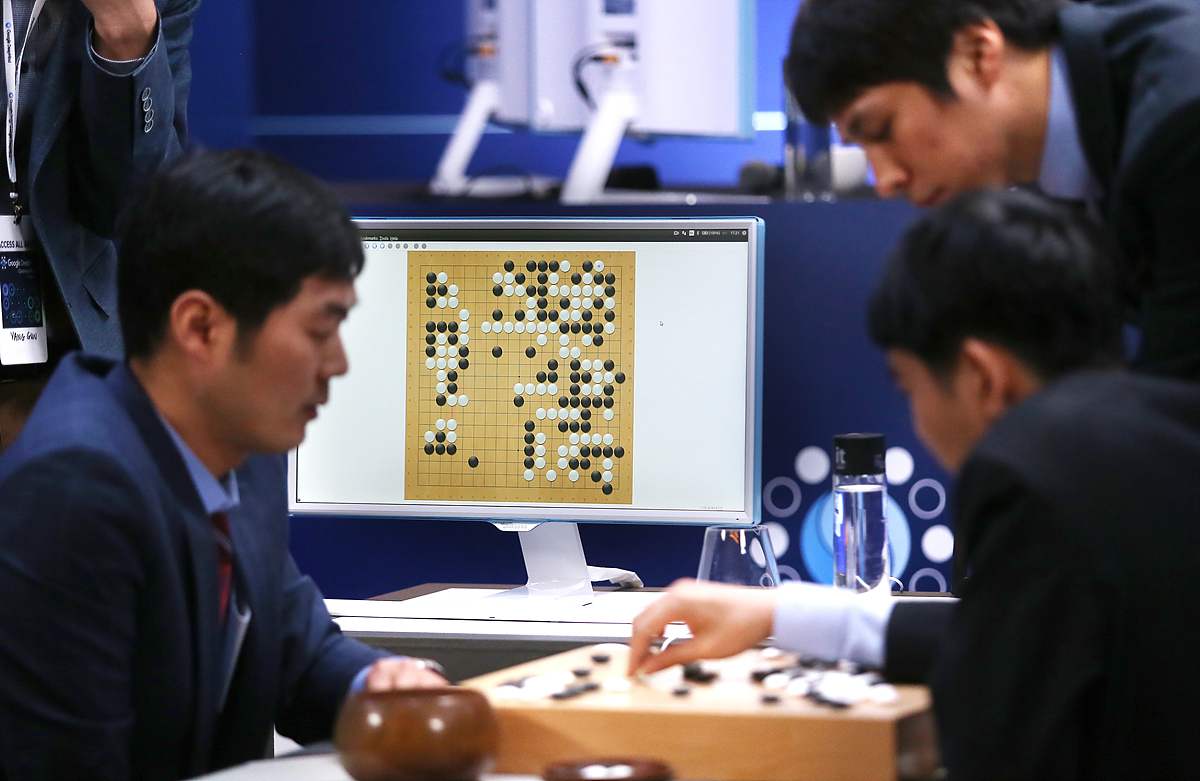 Seoul, South Korea (March 12, 2016) — At today’s third game in the Google DeepMind Challenge Match, the Go-playing computer program, AlphaGo, won for the third time to claim overall match victory against the best Go player of the last decade, Lee Sedol. Playing as white, AlphaGo won by resignation after 176 moves. Lee used up all of his time and two periods of byō-yomi overtime, while AlphaGo had 8:31 left on the clock.

AlphaGo created a large territory on the board but Lee Sedol used a few innovative tactics to start a huge all-or-nothing kō fight and complicate the situation. In the resulting kō fight, AlphaGo prevailed.

Demis Hassabis, Co-Founder and CEO of DeepMind, said, “This is a moment to celebrate human achievement — the genius that is Lee Sedol and the incredible work of so many people to make this scientific breakthrough. We’re stunned, and to be honest, I’m a bit speechless.” He continued, “AlphaGo evaluates tens of thousands of possible moves per second, and what is incredible is that Lee Sedol can compete so closely with just the power of his mind. For three games, Lee pushed AlphaGo to its limit. We’re thrilled to have won the tournament — a lifelong dream of mine and a grand challenge of artificial intelligence. But we still have two games to play and many more years of research ahead to understand how we can apply these techniques beyond games and help society solve some of its biggest problems.”

Sergey Brin, President of Alphabet Inc., said, “Go is a beautiful game. It is incredible, at last, to see that beauty intertwined between man and machine. My congratulations to Lee Sedol and the DeepMind team.”

Lee Sedol said at the post-game press conference, “When I look back on the three matches, even if I were to go back and redo the first match, I think I would not be able to win because I misjudged AlphaGo. At the beginning of the second game, the game flowed the way I intended but there were a number of missed opportunities. For the third match, I have extensive experience in playing the game of Go, but I never felt a case like this with so much pressure, which I was unable of overcoming. For Games Four and Five, I ask that you continue to be interested and follow what happens.”

Michael Redmond, professional 9-dan Go player, said about the play in the third game, “It’s arguable that in the first two games Lee Sedol was playing differently than his true style, trying to find a weakness in the computer. Today, Lee was definitely playing his own game, from his strong opening to the complicated moves in the final kō. AlphaGo was ready for everything, including the kō fights, and was able to take the win. I’d like to congratulate the people who actually made this accomplishment possible, because AlphaGo is a work of art.”

Lee Hyunwook, 8-dan, Korean commentator, said,“AlphaGo was stronger than anyone had expected. Lee used aggressive tactics from the very beginning, but AlphaGo countered them with a strong force in the opening and the middle game. It was stunning to see Lee’s combative spirit even when he was at a disadvantage.”

Kwon Kapyong, 8-dan, teacher of Lee Sedol, said, “AlphaGo is an incredible Artificial Intelligence. Lee Sedol, who played very tight games against AlphaGo, is already a winner. Throughout the games, he showed the world what Go is. I hope Lee Sedol plays whatever moves he wants to play and enjoys the rest of the match.” 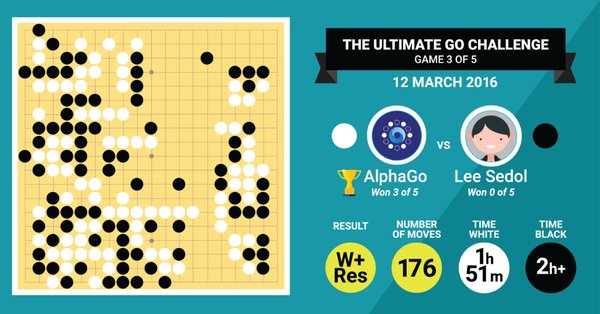 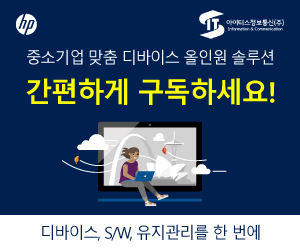 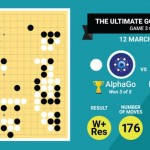