WeChat Relaunches Advertising System. Any Public Account with over 500 Subscribers Allowed to Join It. 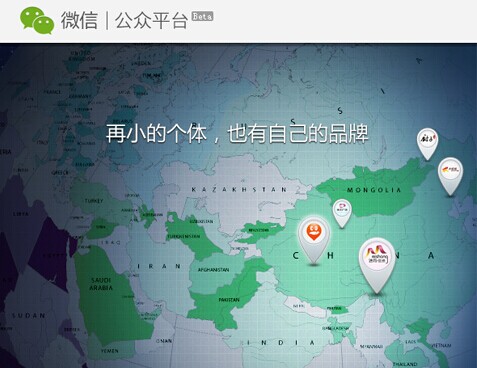 WeChat has rebuilt the self-advertising system for public WeChat accounts and was beta launched yesterday. The previous one that debut in early this year was built by the team of GDT, the advertising system used on Q-zone and other social platforms of Tencent’s.

It’s unknown why WeChat would build a new one — There’re speculations on international politics though, as GDT is under another business group.

Similar to the previous one, image/ text link ads are shown at the bottom of a message sent to subscriber. Currently only WeChat accounts that have integrated WeChat Payment, businesses who are able to accept payments on WeChat, that can buy ads.

It’s currently CPC-based. The revenue split ratios are unknown. It is expected WeChat won’t take any in the near future in order to encourage more public accounts to sign up.

Any public account that has 500 or more subscribers, verified or not, are allowed to join the network. There reportedly have been 4 million public accounts ranging from media to e-commerce businesses.

Half a month ago WeChat launched a system for businesses to set up stores. Now WeChat is becoming a fully-functional platform that users are able to communicate with each other through text/voice messages, shared content, and all kinds of goods.

WeChat Relaunches Advertising System. Any Public Account with over 500 Subscribers Allowed to Join It.