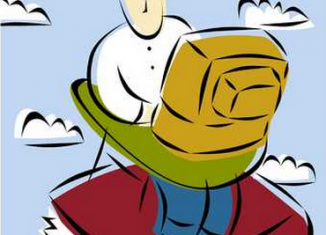 In the first half of 2013 there was a wave of investments in online education sector. Since the beginning of this year we’ve seen even more VC money poured into it. The categories of the services by investees still include language-learning, text preparation and professional education. However, we saw more online educational service for K-12 and pre-school emerged in the past year.

– Alibaba Group led a US$100 million round of funding in TutorGroup, which offers a bunch of online English-learning services and one for Mandarin.

– iyuba is a language-learning service that has developed more than 30 apps since 2012. The company recently raised RMB10 million (US$1.6 mn) from the fund by Cher Wang, chairman of smartphone maker HTC.

– More Fun, More English provides learners English videos,such as movies and talks. It raised RMB8 million (more than US$1 mn) in seed investment from Gobi in October 2013 and multi-million dollars in Series A from Ceyuan in July 2014.

– Chineseskill develops Mandarin-learning services with gamification elements. Founded only two months ago, it has raised multi-million yuan in seed funding from investors including ZhenFund.

– KBTC, which is developing a cloud-based solution for pre-school education, raised RMB100 million (US$16 mn) in Series A in June.

– Yuantiku offers online question & problem database and practice tests for all kinds of exams in China. The service raised US$7 million in Series B funding in August 2013, and US$15 million in Series C in July 2014.

– ikaola is a mobile app for middle school students to solve problems or ask other students or teachers questions. The service raised tens of thousand of RMB from IDG Capital earlier this year.

– 17zuoye (Doing homework together) offers online tools and services for students to do homework or interact with teachers. There are also tools for parents to help with or monitor their kids. The company raised US$20 million in Series C funding in July 2014.

– 5haoxue is a platform for online professional education, offering online courses and other educational materials. It’s under Huatu, a traditional professional training service provider. 5haoxue raised tens of thousand of RMB in May this year.

– Haizixuesha (What do kids learn?) provides a variety of courses for kids. The company has raised tens of millions of RMB from Ameba Capital.