WiFi Dongle: The Best-selling Gadget in China Since The Hardware Revolution Began

The new hardware revolution has started for a while. Makers have encountered problems in industrial design or software development, and experienced electronics manufacturers, incubators, venture capitalists and everyone else have stepped in to help them out. And, they have begun shipping products!

But, we don’t know many fitness trackers, smart scales, or smart watches that have shipped a large number of products even in China, the world’s most populous market and where flocks of entrepreneurs are building products for the hardware revolution. 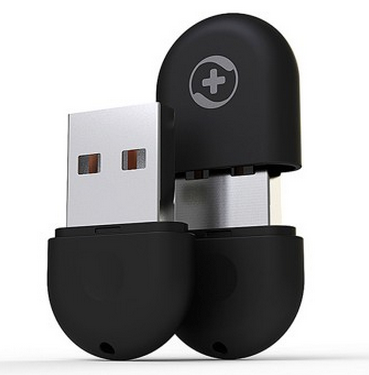 Such WiFi dongle isn’t new. But it solves a real pain point in China where WiFi is absent in many public places or households. I’m used to taking a portable wireless router whenever I need to stay at a hotel, for many hotels only offer wired Internet that can’t support multiple devices at the same time. But any previous portable routers were way bigger and more expensive than the dongle. And some make it difficult for average users to set up.I was surprised when I learned 360 Portable WiFi, a dongle that can be converted to a WiFi hotspot once plugged into a PC or laptop, was one of the most popular hardware products born of the hardware trend. Its parent company Qihoo 360 claims more than 15 million pieces have been sold since its launch one year ago.

Apart from the WiFi hotspot Internet sharing capability, the dongle also offers 10TB of Cloud storage at no extra cost. It, of course, is pre-loaded with the Internet security service of Qihoo (I guess it’s a selling point to many Chinese users who use Qihoo’s security services, but I prefer it’s not included). What makes it more attractive is the price, RMB 19.9 (USD 3).

Chinese companies are known for copying fast. Chinese search giant Baidu, Qihoo’s competitor in search, announced one not long after the launch of Qihoo’s and charges a even lower price. Xiaomi, the rising star in smart hardware product, wouldn’t miss it that rolled out one a little bit later than Baidu. More recently, Tencent launched one too.

Many more have been rolled out in the past year by traditional router makers or other manufacturers as making the gadget itself isn’t hard at all.

Your target market tell what they need or like. Obviously, those fitness bands, smart body scales, and smart watches either haven’t found their target markets, or are not good enough or useful at all.

It isn’t that Qihoo chose the right strategy from the beginning. In 2012 the company wanted to establish a smartphone business, depending on a number of smartphone brands to make custom phones and selling them on Qihoo platform where there’s abundant traffic. Besides the WiFi dongle, the company also developed a normal-sized smart WiFi router, with which Chinese Internet companies want to control users’ households. But the Qihoo’s has been beaten by Xiaomi in terms of popularity. Zhou Hongyi, CEO of Qihoo, announced earlier this month that the bigger WiFi router by the company was a failure and would urge his employees to develop a new one. I heard that the Xiaomi’s were at least profitable while Qihoo’s wasn’t.

China : WiFi Dongle: The Best-selling Gadget in China Since The Hardware Revolution Began

WiFi Dongle: The Best-selling Gadget in China Since The Hardware Revolution Began