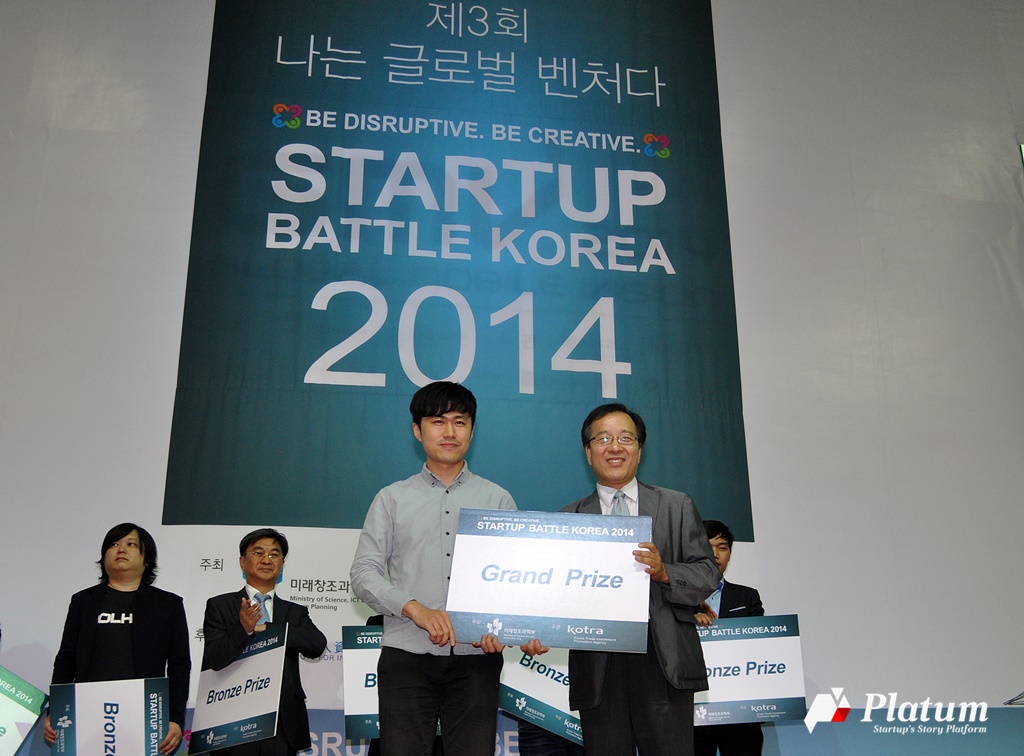 On September 18th, Bridge Mobile, the developer of a one-click free call (mVoIP) application called BridgeCall, won the Startup Battle Korea 2014 (“I am a Global Venture” in Korean).

In its third year, Startup Battle Korea began with a mission to support eminent Korean startups to expand beyond Korea and the US, and into new Asian and European markets. Each startup has to pitch their idea and is evaluated based on their potential to succeed globally. The winner of last year’s Startup Battle Korea was Memebox.The beauty subscription e-commerce startup was the first Korean company to be accepted to Y-Combinator and was chosen as the top three startups from its class.

The winner of this year’s Startup Battle Korea is Bridge Mobile, the developer of BridgeCall. Unlike other mobile Voice Internet Protocol (mVoIP) services, such as Skype or Viber, BridgeCall allows the user to place a call for free by simply pressing on the existing smartphone call button to connect to BridgeCall.

The application  automatically recognizes whether the receiver is also a BridgeCall user. If so, the call is free and if not, it is charged as a normal phone call according to the user’s mobile plan. BridgeCall already reached over 1.5 million downloads in three months

Bridge Company believes that the judges thought highly of their potential to attain a global user base and hope to become a model that shows that Korean ventures can succeed abroad. One of the judges, CEO of AcreWhite, Daniel Seal added, “BridgeMobile has the potential to succeed globally as it is equipped with a deep understanding of the communication market.”

Judges of the competition include individuals from Silicon Valley’s Intel, Bringham McCutchen LLP, Tel Aviv’s The Challenge Fund, Start-up Nation Central, and London’s Acre White. All ten finalists are provided office space at an incubator in Silicon Valley for a year, with a chance to participate in KOTRA’s IT marketing initiative and professional pitching lessons.

Support for Korean startups continued at a K-tech event in Silicon Valley on September 24th.