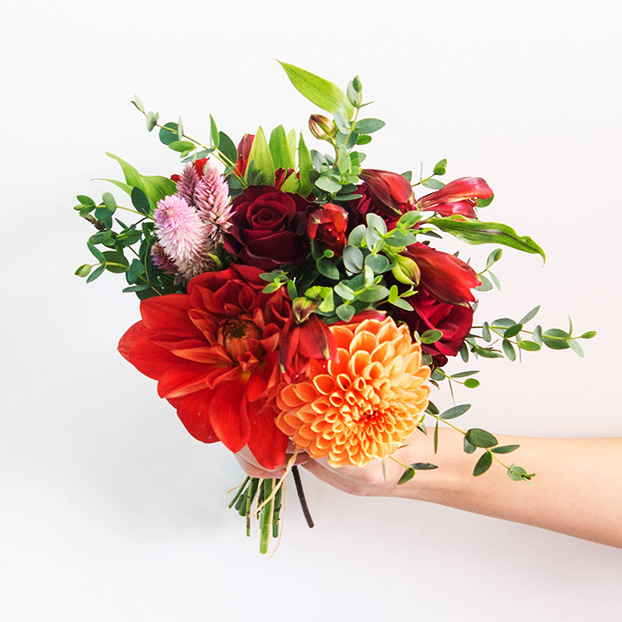 Chun-Hwa Park, the representative of Kukka, said, “We believe that small gifts like flowers have the power to alleviate any hardships as long as they come from the bottom of our hearts. It encourages the receivers to fight against their circumstances. We hope to have delivered happiness and laughter to those women suffering from breast cancer, one of the most devastating illnesses to women”.

Back in July, Kukka launched its first City Blooming Project by delivering flowers as a gesture of encouragement and consolation to the “comfort women,” or survivors of sexual slavery of Japanese military during World War II, in the Daegu region. The City Blooming Project was inspired by the belief that small surprises such as flowers have the power to heal their past memories.

Although flower delivery service is already popular among Koreans, Kukka adds value with its its unique vision—Kukka hopes to change the culture of flower-giving in Korea by integrating it into the daily lives. In the Korean culture, it is uncommon for people to buy flowers for themselves. Rather, flowers are given to others on special occasions like birthdays, weddings, or Valentine’s Day. In Europe or in the United States, flowers are more common part of people’s daily lives.  Just like the magazines and newspapers people subscribe to, Kukka delivers flowers to subscribers’ homes or offices once every two weeks.

Since its launch earlier this year, Kukka has earned much popularity. With an English florist on board, Kukka is known for its hand-tied bouquets and northern European style . During its first month, Kukka attracted about 2,000 subscribers. Kukka credits its success to the competitive prices. In Korea, boutique florist shops are not easily affordable in Korea. Kukka offers unique and sophisticated flower designs for third of the price compared to the other flower delivery services and popular florists. Kukka attributes its low price to the rigorous price cuts in distribution and operation system.

Kukka announced that it will continue the City Blooming Projects every three months to regularly gift flowers to brighten the daily lives of those suffering from hardships.