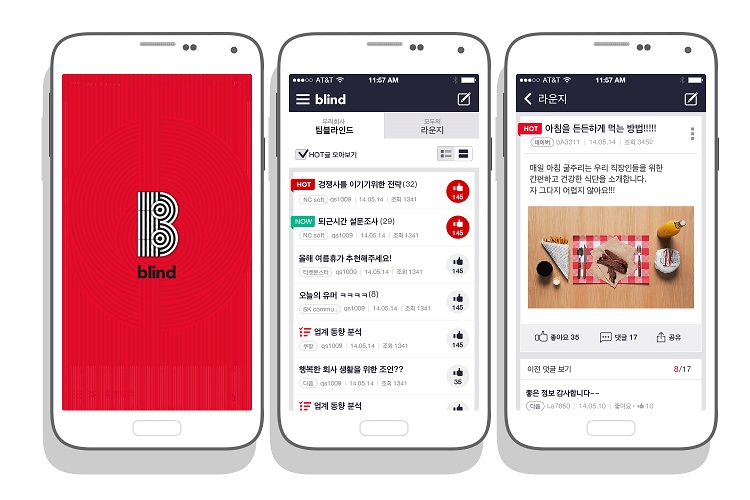 “Is it only us or does it happen in your company too?” “Anyone up for a drink after work tonight?”

Blind’s special feature, Lounge, is an industry-specific forum where the users working in the same industry can share their concerns, questions, and other information. Blind is a smaller, company-specific forum within a Lounge. For example, social commerce company Ticket Monster would have TMON Blind, and employees of other social commerce companies would gather on Social Commerce Lounge to communicate regardless of their company affiliation. Broadcasting Lounge is the most recently launched Lounge after IT, finance, and airlines industry.

IT Lounge is joined by 26 IT companies including KT, LG Electronics, Naver, and Daum Kakao. Finance Lounge has eight banks including Shinhan Bank and Industrial Bank of Korea. Airlines Lounge has the two major Korean airlines, Korean Air and Asiana Airlines. Although it differs Lounge to Lounge, conversation topics vary from salary ranges, company welfare policies, to restaurant and bar reviews.

Team Blind said the broadcasting industry’s frequent overtime work and high level of stress was the inspiration for developing the app, to provide the employees with a place for free communication. Blind Co-CEO Youngjoon Jeong said, “while previous company online forums gave the people a place to take a break from the traditional Korean-style horizontal corporate communication, Lounge will provide the employees of different companies in the same industry a place to come together and freely network and share their thoughts.”

Thanks to the anonymity and strong security, more than 55 major Korean companies have started using the social networking platform since its first launch 11 months ago. In eight out of the ten initial companies to adopt the platform, including Naver, Nexon, and NC Soft, more than 80% of the employees have become active users of Blind. Blind uses a patented encoding program that completely removes any employee information required for registration, effectively anonymizing all posts.

To join the 55 existing user companies on Blind, new companies need to go through a separate application process. Once it reaches the 10% threshold of its employees to register, Blind opens a Lounge for the company. After the authorization, employees are given access to company chat rooms, industry chat rooms, and inter-company Lounges. 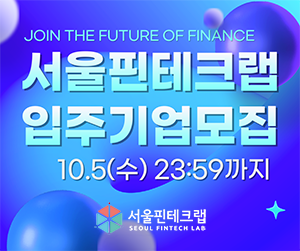 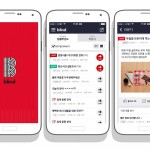