They have invested in three companies: Furiosa AI, Deepixel, and CrowdWorks. These startups are based in Korea and have the competitive advantage and the know-how to advance artificial intelligence (AI) technology. They also have a lot of connections with various technological research that Naver is currently undertaking.

Dae-Hwan Lee, a leader at Naver D2SF, said, “All three startups have differentiated technological capabilities and experiences in their respective fields and have great potential for growth in the future. We will be able to generate synergy with these startups in the process of upgrading Naver’s AI technology. We look forward to it”.
On September 21, Naver will hold a demo day event in order to show the value and performance of the startups that they have invested in so far.

Furiosa AI
Furiosa AI is designing and developing system hardware optimized for AI technology, since processing large amounts of data efficiently and quickly is one of the key ways to enhance competitiveness for AI technology. Furiosa AI was founded by team members who are experts in the field, with rich experience in hardware development in Korea and other countries.

Deepixel
Deepixel is a machine learning startup for computer vision, which has the technology to identify and track the position and outline of the object in the image. Currently, most algorithms track objects in the form of boxes, but Deepixel can track and identify the contours of objects in order to obtain more information. Deepixel is currently developing a more natural interface that identifies and tracks the movement of a finger in the mobile VR environment.

CrowdWorks
CrowdWorks produces learning data to advance AI quality by utilizing a crowdsourcing platform that is developed internally. One of the key elements of enhancing AI technology is ensuring a high quality of learning data. CrowdWorks is now working with global IT companies on multiple projects to produce data. They are currently focusing on the production of image data, and plan to expand to voice data in the near future. 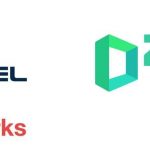