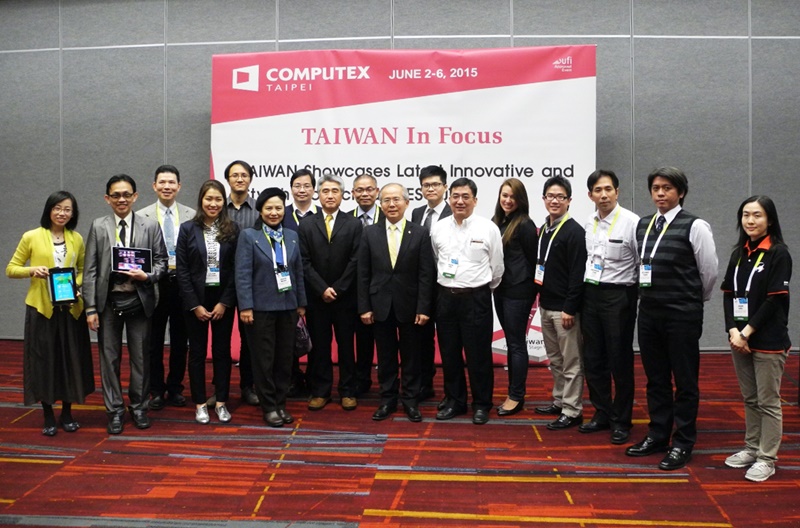 The prestigious COMPUTEX d&i awards, executed by the Taiwan External Trade Development Council (TAITRA) in cooperation with the International Forum Design (iF), revisited Las Vegas, the United States for International CES. Las Vegas is the third stop on the d&i awards world tour following their unveiling at COMPUTEX TAIPEI. The award-winning products on display include designs from Qualcomm, Philips, HTC, and others.

Another TAITRA event at CES is the “Taiwan in Focus” press conference, promoting Taiwan’s ICT industry and the upcoming 2015 COMPUTEX. Held on the first day of the show, the press conference featured addresses from Director Moses Yen of the Taiwan Trade Center in Los Angeles and Director Jaime Chen from the Economic Division of the Taipei Economic and Cultural Office in Los Angeles. Also present were 11 COMPUTEX exhibitors and d&i award winners. The press conference drew scores of members of the media from Russia, Germany, Italy, Thailand, the United States, Japan, India, China, and Taiwan.

International CES opened this year on January 6th and will run until the 9th. With wearables, smart homes and cars, the Internet of Things, and display technology as the focus, the show is expected to draw over 160,000 visitors. Gary Shapiro, President and CEO of the Consumer Electronics Association, has called this year’s CES a “record-breaking event”. The Consumer Electronics Association is the organizer of CES.

Dr. Dieter Zetsche, chairman of the Board, Daimler AG and head of Mercedes-Benz Cars, and Boo-Keun Yoon, president of Samsung both gave preshow keynote speeches on Sunday. Dr. Zetsche discussed the development of autonomous driving. Yoon explored using the Internet of Things to create a fully connected world.

Taiwanese ICT companies generated a lot of buzz with the market release of new products. HTC released the HTC Desire 826, the newest in its HTC Desire flagship line. The HTC Desire 826 features its exclusive UltraPixel technology with both the front- and rear-facing camera, allowing users to up their selfie game even in dim lighting. ASUS also launched three new products in one swoop, the ASUS Transformer Book Chi, the ZenFone 2, and the ZenFone Zoom. The ZenFone 2 is the first smartphone equipped with a 4GB RAM and will be available in March for USD $199. An ultrathin tablet with a detachable keyboard, the ASUS Transformer Book Chi challenges the established Macbook Air as the ultrabook of choice among consumers.

Following CES, the COMPUTEX d&i awards will advance to its next destination at Barcelona, Spain for Mobile World Congress. The world tour of major ICT trade shows is part of TAITRA’s efforts to offer maximum international exposure of the winners of the award, in turn generating greater global business opportunities. Competition grows fiercer as each year’s entries exceed the previous in technology, innovation, and design. Registration for the 2015 COMPUTEX d&i awards is now open. 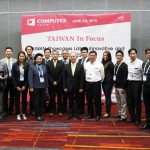