“When it comes to the film industry, the way to maximize profits is by putting content on a variety of platforms. That is why VR technology is so significant to them.”

This is a quote from Todd Markeris, CEO of Bullit–the company that oversees the distribution of films such as The Avengers, Captain America, and Rage of Anger–when he visited South Korea in July last year. It is for those same reasons that the whole entertainment industry, not just the film industry, is paying attention to VR. Joe Rousseau, director of the movie series, Captain America, once said, “VR is not just a technology, but at the same time, a platform and media. That is why large entertainment companies are so afraid of their competitors taking first-mover positions to invest in VR content.”

In order to grasp how the domestic VR content market is doing, Platum interviewed Woo-Yeol Lee, CEO of Venta VR. Lee wants to show the potential of real image VR.

Please give us a brief introduction of the company.

We are a VR content production studio. VR content is largely divided into a game field that draws a virtual person and space using an engine, and a video field that shoots a real space and a person and displays it stereoscopically. A lot of what we do has to do with both fields, but our focus is slightly more on the video side. We not only produce our own original content, but also do other companies’ outsourced projects.

What projects have been accomplished?

How is Venta VR positioned in the VR market?

Producing 3D stereoscopic 360-degree images is highly complicated and tricky. To produce a 2D, 360 degree image only requires two cameras, but 3D image production requires more than four times as many cameras. We once used 14 cameras for one project. Also, the post-production workload is two to five times longer. Because of these high barriers, there are not many companies out there, so Venta VR has a strong presence in the market.

Great room for collaboration with the entertainment industry

The entertainment industry, including music, movies, and broadcasting. We have an ongoing project with SBS (South Korea’s major broadcasting station) for creating content with K-pop idols. Before that, we worked with SM Entertainment, the nation’s No. 1 entertainment agency. In fact, fans are some of the most willing customers to pay for commercial goods related to their idol groups. Therefore, as long as the VR content itself is well-made, idols are a great revenue source. Venta VR has accomplished several B2C projects with various companies.

I have seen VR images on the web via YouTube. But the quality was not so good. Would such a mass production of content lead to the issues I experienced?

Many people are first introduced to VR in the form of video, but there aren’t that many VR high quality videos. When viewers’ first experience is not so good, they easily lose interest. That is the biggest problem. Due to this risk, VR game companies do not dare to use VR video content. In order to overcome this problem, VENTA VR has created content that best fits the production device and puts continuous efforts into post-production.

One important reason for popularizing VR is the introduction of live streaming. When can I watch VR content in real time?

When the 5G era comes, it will be possible to consume a lot of smartphone data. This is great news for VR content. Right now, the U.S., China, and some others are competing to get leading positions in 5G technology.

Every year, they say it is the ‘age of VR.’ But, it feels like it is not there yet. When really?

Google’s VR platform, Daydream, will play a decisive role in popularizing VR content. Although there should have been more smartphones that support Daydream, that didn’t happen due to delays in display production. Recently, Google established a factory for displays in collaboration with Sharp. I expect smartphones that support Daydream will become popular in about two or three years. By that time, you will see VR content in everyday life.

The United States. Companies such as Felix & Paul, and the New York Times are producing quality content. Also, Jaunt VR is the largest producer of content. Hardware is China’s strong suit, rather than content. China has been investing heavily in the VR sector in recent years, but the market has had a downturn because it is not picking up as quickly as it was expected to.

How do you evaluate the competitiveness of Korean companies?

As far as technology is concerned, South Korea is not far behind. Our country has a comparative advantage in the entertainment industry thanks to K-pop and Korean wave around the world. VR startups can tap into overseas markets, leveraging those advantages in content. Of course, I cannot say with the fullest confidence whether users’ VR experience is perfect yet, and, investment-wise, Korea is far behind the U.S. and China.

How does the Korean venture capital industry see the VR business?

Venture capital firms always have an interest in VR. However, as the China case shows, the companies that raised large investments are not performing as well as they were expected to, so the situation is somewhat stagnant now.

Lastly, please tell me your goal this year.

The B2B target set up this year has already been reached. During the rest of this year, we plan to further strengthen our presence in the B2C market. In addition, we aim to prove that VR videos have great potential as the next explosive content. Right now, the market is not mature and there is not much good quality content. 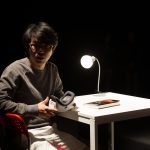