The exchange rates of cryptocurrencies like Bitcoin vary across world markets. In Korea, people have coined the term ‘Kimchi Premium’ to describe situations where the differences between Korean and overseas cryptocurrency exchange rates exceed 30%. CoinMarketCap, a large cryptocurrency market cap rankings site, does not include Korean Bitcoin exchange rates in their statistics due to the high price fluctuations. These price differences are so severe that they may distort global market prices for Bitcoin.

The price differences are generated because cryptocurrency transactions happen in each different exchange, not in one centralised organisation. It is similar to when the price of gold is a bit different in different jewellery shops.

Korbot Company operates a platform for automatic arbitrage trading of Bitcoin. Based on the user’s own investment strategy, the app searches the real time prices of cryptocurrencies and buys and sells them at advantageous times in order to make profits. Now Korbot Company has partnered with Coinlink, a cryptocurrency trading platform and the only KOSDAQ-listed company in Korea, to provide improved business solutions. 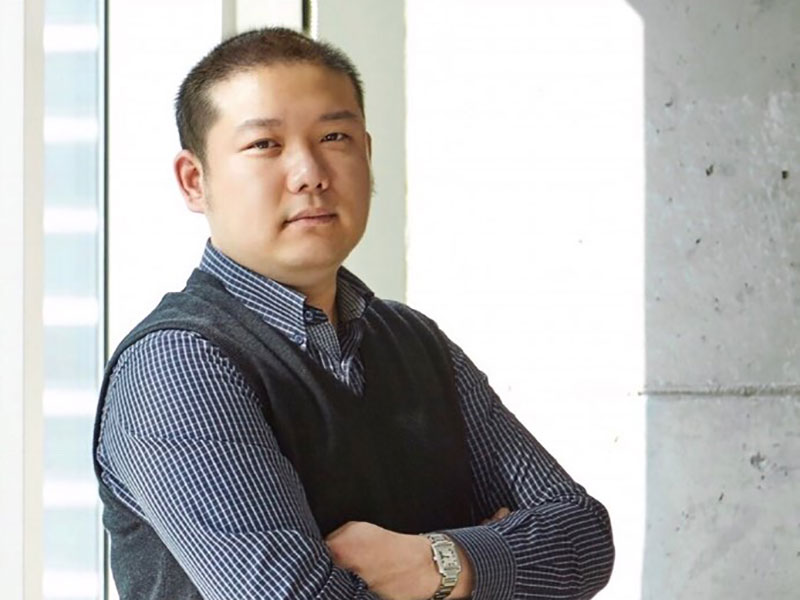 Platum : What led you to see the potential of cryptocurrency businesses and how did you get involved in the industry?

Gunil Wang : I once worked in for a Chinese company that sold apparel and cosmetics in Korea. I first learned about Bitcoin when I was remitting the money that we earned in Korea to China. This was in December, 2013, and cryptocurrency remittances were already very common in China. People were using Bitcoin to send money internationally because of the unavoidable high transaction fees and long waits involved with international transfers with traditional banks. A foreign exchange tax was also charged. With Bitcoin, we could send money  in 30 minutes. I was extremely fascinated with the speed and potential of Bitcoin, so I flung myself into a Bitcoin business in earnest after I handed over that job to someone else. First, I was a program planner and developer of an automatic transaction service at Bitthumb, a Korean cryptocurrency exchange. But after that I established Korbot Company in September 2017.

Platum : What is the rate of return?

Gunil Wang : It differs depending on the volume and variability of the cryptocurrencies.

Platum : When did sales grow rapidly?

Gunil Wang : Our sales increased sharply when the price of Bitcoin went up. They have been growing quickly from May of last year. People in the cryptocurrency business have also mentioned that they never expected to see increases like these. Our sales have gone up and our services have expanded, so we plan to expand our team as well.

Platum : Due to the boom in cryptocurrency prices, the prices differences across the various exchanges are quite large. It follows that these differences will naturally decrease once the market matures. If that does happen, would it pose a threat to Korbot Company’s business model?

Gunil Wang : It is true. However, these price gaps will last for a while. We currently only cover two exchanges (OKEX and Bitthumb), but we plan to partner up with exchanges in other countries such as Japan, the Philippines, and Vietnam once the market stabilizes and price gaps decrease.

Platum : Your business thrives on the volatility of markets.

Gunil Wang : However this phenomenon will continue for at least three years. We, at the same time, are planning our next steps, which include next generation automatic transaction programs derived from Google deep-learning engines. These will be used to forecast cryptocurrency market prices, along with the cryptocurrency market price data of 10 different exchanges we collected over the past four years. We now have an exceptional amount of information. Through data deep-learning, we will develop a better automatic transaction solution. Until the price gap thoroughly disappears, we are eager to be in the cryptocurrency payment industry.

Platum : Recently, the National Tax Service conducted a tax investigation of large cryptocurrency exchanges in Korea. The investigation revealed the government’s mistrust of cryptocurrencies. Occurences like this can exert a bad influence on Korbot Company. Are you at all worried?

Gunil Wang : It will never be easy for the Korean government to close all cryptocurrency exchanges in Korea. However, the worst case scenario would be that we would change our direction. We could switch over to buying cryptocurrencies in Japan or the United States and selling them to other exchanges in Hong Kong.

Platum : There are no borders in blockchain-based transactions. Logically, Korbot Company will also compete with other larger global companies. What would Korbot Company need to do to become the number one company in the global blockchain business?

Gunil Wang : I do not see any services that are well-integrated with blockchain technology. In other words, the game has already begun, but there is still no single tremendous service that everybody is using. Airbnb and Uber did their job in the sharing economy by grabbing large market shares, respectively. I think one platform that develops and provides excellent blockchain-related services will survive and thrive.

Platum : Countries take different stands on cryptocurrencies. What would you like to see from global governments with regards to them?

Platum : What are your expectations when it comes to government regulations?

Gunil Wang : Currently, there are not enough well-prepared regulations for cryptocurrencies in Korea. With precise legal framework and solutions for tax issues, companies will be delighted to use cryptocurrencies. We regard government involvement positively. However, when selling and buying cryptocurrencies, there is a 10% of transfer tax, which is a perplexing problem for us because it affects our transactions. It is hard to make profits in arbitrage when commissions and transfer taxes are applied. Eventually, people will look for overseas exchanges. In terms of domestic industries, taxes weaken our competitiveness when it comes to domestic capital that is brought into foreign markets. It is necessary to make regulations and a legal framework so that startups and new cryptocurrency businesses can thrive.

Gunil Wang : Our priority is to expand our partnership network with more exchanges. At the same time, we will work on projects related to payment services, profit margin transaction services, and crowdfunding. It is feasible to apply our service on top of other P2P finance services and create another practical service. In the long term, we hope to make a popular platform with blockchain technology. Please keep your eyes on us. 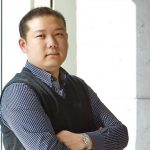