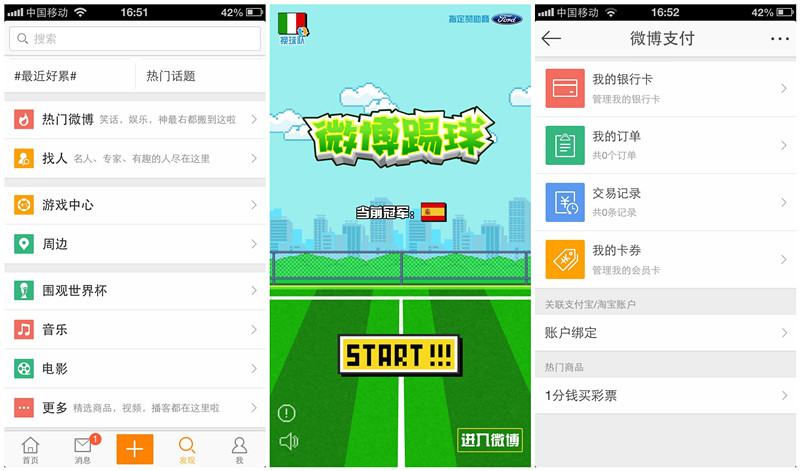 Weibo released its first mobile app update after getting listed on NASDAQ this April. In order to diversify the Twitter-like microblogging service, the new version added three popular features to new update, including online gaming, review and payment.

For the gaming sector, the company has launched an online game center, a social networking platform, as well as a World Cup-themed casual game, which claimed more than 10 million users four days after its launch. Weibo planned to roll out 1-2 mobile games each month, around 10 games in total by the end of this year. In addition to home-grown games, Weibo disclosed that they will offer game distribution services to other game developers.

Weibo also opened Weibo Payment to every user, either business or individual. The company claimed that 23 million Weibo users have bundled their Taobao accounts. As almost all Taobao users have Alipay accounts, those users are able to make payments with Weibo Payment directly.

Weibo is also planning to construct a location-based reviewing system in order to expand offline businesses. 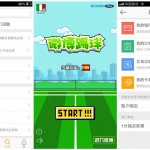